How to Deal with Pyorrhea: A Simple Guide

One of the most prevalent multifactorial dental diseases in human beings, Pyorrhea, is commonly known as periodontitis. This disease directly affects oral gums and the bone.

Pyorrhea is caused by the infection of the periodontium, the organ that supports and surrounds the teeth and is made up of gingiva, bone, and ligament. Untreated pyorrhea can lead to the involvement of the alveolar bone surrounding the teeth as the periodontium deteriorates, leading to tooth loss.

Full Blown Pyorrhea is always preceded by gingivitis, which then gets worse. So it is imperative that any symptoms of a gum condition are paid immediate attention to and treated to avoid its worsening.

Pyorrhea in its initial stages has no symptoms. But people with bad oral habits and poor dental hygiene are always at a risk and should be more careful.

Progression of the disease brings along signs and symptoms like

Treat these symptoms as red flags and consult Morgan Hill Dentistry immediately. Ignoring pyorrhea and letting it progress will only lead to its most inevitable consequence- Tooth Loss!

What are the causes of Pyorrhea?

Lack of dental hygiene is the primary cause of pyorrhea. The disease can have its roots in heredity sometimes.

Pyorrhea can also be caused in patients who are immunocompromised for example those with cancer or HIV.

The sticking of bacteria to the teeth ends up damaging it from its enamel to roots to its periodontium tissue.

The most common causes of Pyorrhea are:

Inadequate dental hygiene is the main cause of this disease. Lack of proper brushing and flossing allows the bacteria to grow and spread rapidly. One must brush and floss twice daily and use an antibacterial mouthwash to keep your mouth free from harmful bacteria.

The dentists at Morgan Hill Dentistry, an emergency dental clinic explain that flossing is also a very important part of dental hygiene as it helps in scraping the plaque and the remnants of rotting food responsible for the growth of bacteria in between the spaces of your teeth.

Lack of proper brushing and neglecting your teeth for too long allows the plaque on the teeth to become tartar which can lead to the destruction of teeth and cause pyorrhea. Plaque is an off-white or yellow film of protein and leftover food that is filled with harmful bacteria. This plaque hardens over time due to calcium deposits and turns into calculus or tartar. The longer the plaque is allowed to stay on your tooth enamel, the more detrimental it is to your teeth and periodontium.

Destruction of the periodontium tissue, the supportive tissue that keeps the teeth secured to the gums and jawbone can cause this problem. The tissue is killed by inadequate dental hygiene. It is important to keep the bacterial proliferation in the mouth low by brushing properly to rid the mouth of leftover food, starch, and sugars. The use of antibacterial mouthwash can further help keep the harmful bacteria a bay!

Untreated plaque can cause gingivitis, the mildest form of periodontal disease, a condition that is characterized by inflammation and irritation of the gum around the base of the teeth also known as Gingiva.

However, Gingivitis can be reversed with good oral hygiene care and professional dental treatment by a skilled dental professional. Untreated gingivitis can worsen and progress into pyorrhea or periodontitis, causing pockets to develop between the teeth and gums as the periodontium tissues die out.

The disease can also be caused due to certain other health conditions like diabetes. People with diabetes have an increased chance of also developing periodontitis. Diabetics must be very careful about their hygiene to save themselves from complicated dental diseases.

Smoking tobacco is also not only bad for your overall health but it can also impact your dental health. Smoking cigarettes and pyorrhea development have been known to have a connection. In fact, continuing to smoke during the treatment of periodontitis also interferes with the treatment. One must wean off smoking totally to get better and get rid of the disease

What are the various types of Pyorrhea?

There are several types or variations of Pyorrhea, with the common factor being that they all usually lead to bacteria eating away at the periodontium to the point of making your teeth lose their anchors to the jaw, making their loosening and falling easier.

The most common types of pyorrhea include:

How can Pyorrhea be treated?

When asked about the best line of treatment for Pyorrhea, the experts at Morgan Hill Dentistry, the best dental Clinic in Morgan Hill explain that Periodontal disease or pyorrhea can be cured if you are aware of the point of no return with the disease. However, some or all of your teeth might not be able to be saved in a case of particularly bad case of Pyorrhea.

The bottom line is that brushing and flossing daily as well as using an antibacterial mouthwash is extremely important to keep bacterial populations in your mouth low making the risk of pyorrhea even lower.

Some important things to keep in mind include:

Brushing and flossing: One must brush properly in a circular motion for two to three minutes at least twice a day and floss daily to avoid developing pyorrhea and other kinds of oral diseases.  Also do not forget to change your toothbrush diligently every 3-4 months.

Mouthwash: Use a good antibacterial Mouthwash after brushing and flossing.

Dentist Visit: Visiting your dentist regularly at least every six months is extremely important as it allows the dentist to assess the health of your gums and teeth as well as catch early signs of disease if any.

Deep Cleaning: Dentists may sometimes advise a patient with advanced pyorrhea and deep periodontal pockets to avail of this treatment. It involves treating chronic gum disease with the help of scaling and root planing.

Scaling: The dentist removes tartar and plaque on your teeth, gums, and periodontal pockets, using special debridement tools for the procedure. This buildup of yellowish and brownish material is directly responsible for causing pyorrhea.

Root Planing: The dentist then smoothens the infected root using dental instruments like a drill or a laser. The root and the pockets caused by your receding gum line are usually the collection points of bacteria so its cleanup and removal become necessary. Moreover, the infected tooth roots need to be planed, for their healing to begin.

Aftercare: An over-the-counter (OTC) painkiller and antibiotic for infection is usually prescribed by the dentist and you might be advised to come for follow-up visits to discern whether more scaling and root planing is needed and also check the progress of your gingival and dental healing.

A word from Morgan Hill Dentistry

Periodontal disease is usually caused by neglect and lack of proper dental hygiene. Your eating habits also can be a contributing factor to the disease. Thus it is extremely important to visit a competent dental expert regularly and discuss with him or her the treatments you might need to prevent the disease and its progression.

Untreated pyorrhea can cause a lot of bone and tissue damage, to the extent of losing your teeth and in addition causing infection and other health complications.

If not taken care of on time, your only options might be wearing dentures or getting a dental implant operation. Dealing with a chronic type of inflammation or infection, can also stress out your immune system and may lead to extra complications if one is not careful.

Modern technological advancements in dental science have made it possible to treat Pyorrhea with effective laser technology, making it possible to avoid traditional surgical methods which can be painful and invasive.

Our expert team at Morgan Hill Dentistry has years of experience in treating these issues effectively. We believe in the best services and make sure that our patients are made aware of all the implications of their condition and its treatment options. For many years we have been one of the most sought-after dental clinics in Morgan Hill serving people with complete dedication and competence.

If you feel you are experiencing any symptoms of tooth decay, call for an appointment today! 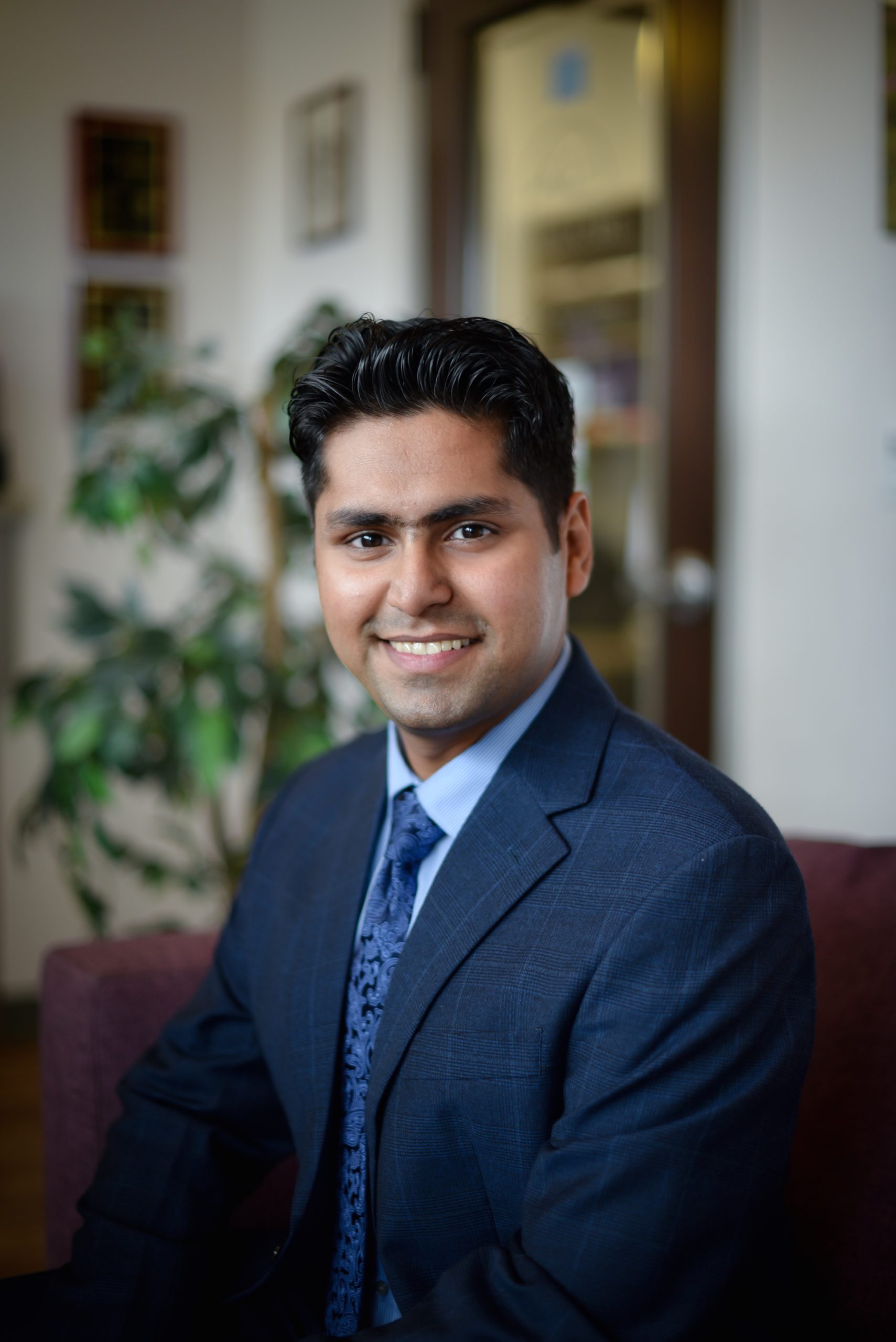 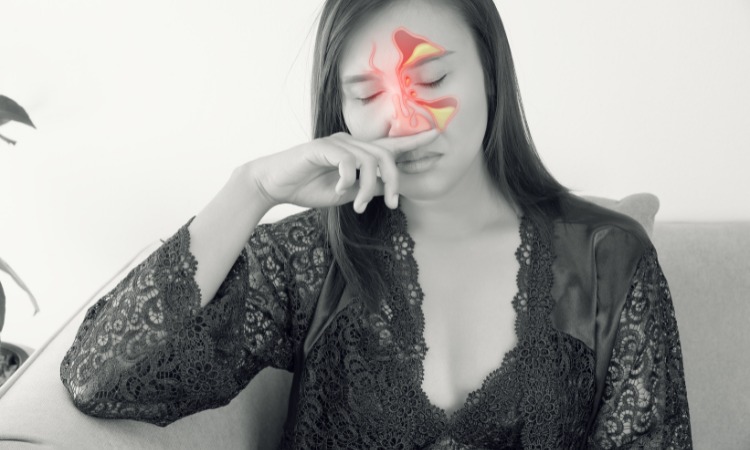 What Is a Sinus Lift Surgery and Why Do I Need It?

A sinus lift surgery refers to the augmentation or lifting up of the maxillary sinus to make more room for new bone. Dental implants are a dental procedure that allows patients to get realistic implanted teeth that function like real teeth.  However, the success of a dental implant procedure depends upon the mass and quality

Why Dental Implants May Be the Right Choice for You?